Submit Your Film for BIFF 2018 Great festival in the Midwest! A gathering of talented filmmakers, great films and engaged audiences put together by a top notch staff. They curate great films and make sure that the festival is about the films/filmmakers. They even go the extra mile to provide exposure and press for the films! Just a great overall experience with warm hospitality. After my first experience there, it’s definitely on my list of festivals to hit up throughout the year. All the rumors I had heard proved true: a cute town, very dedicated film festival team, great venues, fun parties every night, great hospitality, excellent selection of films and wonderfully appreciative and thoughtful audiences. Thank you so much for inviting me and my short film WINK! What a nice festival in this charming town! The expertise here is extraordinary. Great selection of films, team dedicated to the filmmakers, mindful audience, amazing Q&A… Don’t hesitate to register for 2019!

Richard AngersDirector | A Pact Among Angels BIFF exceeded all my expectations for a film festival. I was struck by its full audiences in charming venues along Beloit’s main street. One could not wish for a more engaged, intelligent and supportive audience. The staff were wonderful and the accommodation was great. I hope to return with another film!

A great festival, with great people running it. Loved the audiences.
Thank you, Beloit!
The Sushi was amazing. It was really an honor to be part of a festival that respected and supported filmmakers in such a huge way, and I hope to be back again with another project. I was so impressed by the high caliber of films in the 2016 BIFF program, the audience participation was phenomenal at each screening, and the hospitality of the festival was amazing. I’ll definitely submit again to BIFF! All the organizers including, Rod, Allyse, Adam were amazing! Very warm, very funny and very giving. I was touched by the warmth of the hospitality and love. Also, the hotel in which I stayed was amazing too! I am really really grateful to the festival for giving me such a wonderful experience and giving my film such an amazing audience. Thank you!

Hemal TrivediDirector | Among The Believers After screening my films in over 180 film festivals across the country, I can say without reservation that Beloit is one of the best-great organization, a staff that always goes the extra mile, audiences that intelligently engage and a charming Wisconsin town all add up to an event that I look forward to attending again and again.

Damien PatrikDirector | In The Blink

Few festivals come close to BIFF when it comes to being well organized, friendly and fun to attend. Small town friendly meets big city festival expertise. The town makes you feel like you’re a visiting rock star, while the festival allows you to feel like you are part of the BIFF family. Not to be missed.

This film festival has so much heart and love for cinema. Everyone I met there was a friend of the filmmaker and of the independent, story-driven films selected. I will always call BIFF home!

Phil FrureyDirector | Since: The Bombing of Pan Am Flight 103 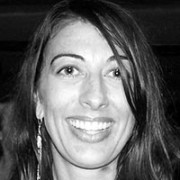 I thought downtown Beloit was adorable, and the film patrons and BIFF staff were just as endearing! It was also super cool to see local businesses graciously open up their doors as venues. Both of my screenings were very cozy and intimate, and I felt like I was talking to a group of my good friends at the Q&As! Beloit took me by surprise with its enthusiastic, engaged audiences. People showed up to screenings, stayed for the Q&A, and asked smart questions. It’s an adventurous crowd. The festival staff works hard to publicize their events. And they make filmmakers feel at home. You really can’t ask for more than that from a festival. The team at BIFF was amazing. They made us feel very welcomed and did a wonderful job putting the festival together.

The hospitality lounge is reserved for filmmakers and press.

Beloit International Film Festival (BIFF) films are drawn from a variety of sources including Withoutabox, film competitions, other film festivals, staff research, the film selection committee, and suggestions to committee members and to the website. BIFF makes every effort to broadly announce the festival and submission guidelines and deadlines through film and festival media. Non-competition films are chosen in order to offer variety and opportunities to see international, vintage, classic, and unusual films otherwise unavailable in the region. Wherever possible, industry ratings of films are publicized as a guideline for viewers.

Selection and presentation of films are not representative of viewpoints or endorsements by sponsors, organizers, advertisers, volunteers or the owners of the venues in which they are presented. BIFF does not shy away from controversy and makes every effort to present a balanced program offering a broad variety of viewpoints. BIFF sincerely appreciates the support of all of its sponsors and underwriters, which allows the festival to maintain an independent selection process.

Festival Organizers Focused On You
The Filmmakers

From the festival organizers to the board and the entire Beloit community, we’re all working hard to make The Beloit International Film Festival, BIFF your favorite film festival.

Here on this website this is expressed by being deliberate around sharing the love online. You’ll see this in multiple ways as your film is featured on your film’s web page and elsewhere.

We’ve dug to find the appropriate pages and content, feature it and link to it. If we’ve missed the spot please let us know. We invite you to send us your change requests. We make no guarantees however. ;-) We reserve the right to edit down and we work to maintain continuity across filmmakers and the site.

Finally, if you have suggestions on how we can make this website more beneficial for you and your audience please let us know. We’ll do our best to try and incorporate those ideas that we can.

All other non-website BIFF inquiries:

Thanks for your participation.  We look forward to meeting you!
Rick, Ana & Sabrina
(Rick McGrath, Ana Kelly, Sabrina Krejci)
BIFF webmasters since 2010

It was a great festival run by great people!  From the staff, to the venues, to the engaged community and audiences – Wisconsin truly has a gem in BIFF!
I’m a huge fan!!”
~ Pete Balistrieri, “On The Verge””

My favorite memory of Beloit was getting the award from Steve McEveety for “Best Feature.”
~ Paul Hogseth Madison, WI, “Illegal Use of Joe Zopp“

My favorite memory was getting a chance of coming to Beloit, a city of lovely people. Also, my best memory was winning a prize and also meeting different people that I never knew. Thanks!
~ Moses Kabyoza, Uganda, “Abanunule“

I have been to quite a number of festivals and BIFF and the people of Beloit know how to run a damn good festival. It is the best that I have come across for many reasons. The main one is the respect that people have for themselves, the community and the visiting filmmakers. Thanks to everyone and a special thanks to the award that was presented to me.
~ Peter J. McCarthy, “Fight or Flight“

Only half an hour after landing, I knew this was a great festival. Great people, great filmmakers! Keep up the good work. We’d love to be back.
~ Nick Risinger and Bao Tran, “The Bookie” Persistance of Vision Films

We had such a great time in Beloit. Everyone has been very welcoming. Thank you for all your support. It’s great to see a town rally to help independent films. We look forward to coming back next year.
~ Brian McMahon and Danny Ascencin, “The Waitlist“

I have been in Beloit for 15 minutes and already I know I will never leave. You guys are the best!
~ Jon Voight

BIFF is BOFFO! I love the Ker-aszy selection of films, the wonderfully wacky staff and volunteers. And don’t get me started on those wild BAD parties! Stay spiffy BIFF!
~ Dave Hanagen, “A Fond Farewell” Dahlia Films

Lovin’ the Donuts at Mr.B’s, the drinks at the BOP and the good company. Oh yeah, and the festival!
~ Devin Andars, “A Fond Farewell” Dahlia Films

Everyone is totally insane.
~ Jack Bennett, “A Fond Farewell” Dahlia Films Jack used the BIFF “Emerging Filmmakers Grant” to produce a movie that was accepted by Sundance Film Festival

It’s been my first time in Beloit, but most of all it has been my first time selected into a festival. So as far as first times go… I think I’ve had the best expierence on both counts! But what makes it all better, it is the first time I’ve made so many friends in so little time, and I’m forever grateful for that. And more than that, whatever comes next for me, I can say proudly that IT ALL BEGAN IN BELOIT! So for all that: MERCI!!!
~ Cedric Jouaric, “Sans Nicolas/ Missing Nicky“

Beloit is about revisiting old friends! Your hospitality is second to none. It has been a joy to be here. Thank you 1000 times for everything! XO!
~ Stacy Harrisson, “Last Chance Romance”

Most well run and hospitable festival we’ve been to. Thanks!
~ Seth Hedrington, Chicago IL

I’ve been extremely impressed by the festival here in Beloit. Never at a festival have I been made to feel so welcome. I hope to return next year to view films and attend the BIFF events.
~ Dave Schlachtenhaufen