From an uplifting documentary about an extraordinary woman scaling new heights despite the lack of arms and an extraordinary film demonstrating the persistence and courage of a filmmaker chronicling the Jihadist teaching and opposition in Pakistan, to the story of creative interaction between a five year old and a 50 year old and the creative work of individuals devoted to making film festivals successful, the Beloit International Film Festival handed out the laurels with the 2016 BIFFY awards Saturday evening.

Many of the more than 100 filmmakers attending BIFF were on hand to receive the awards.

In addition to the awards for merit in specific film genres, there were also four “Feature” awards for overall achievement, designated by the selection committee that viewed all 800 films submitted to BIFF this year.

BIFF’s top Power of Film Award, recognizing quality of filmmaking and impact on audiences, was presented to Among the Believers. It was accepted by director Hemal Trivedi, this year’s BIFF Honorary Chair. The courageous film examines the clash in Pakistan between the Jihadists and those who find the radical teachings in the madrassas, in conflict with the tenets of Islam. This year attendees at Wednesday evening BIFF Year ‘Round screenings of independent films under consideration for BIFF could vote for the Blackhawk Bank BIFF Year ‘Round People’s Choice Award. That award went to Right Footed a feature length documentary that tells the story of Jessica Cox, born without arms as a result of a birth defect, who learned to type, drive a car and fly an airplane, all with her feet. It follows her transformation into a mentor and leading advocate for people with disability. Right Footed also received the Best Documentary Feature Award. Best Narrative Feature went to One Smart Fellow, co-directed by Tim Busfield and starring Busfield and Melissa Gilbert. It is the tale of a family weekend at the beach where they experience an event that will change their lives forever. The Director of Programming Award was presented to Hell’s Heart from director-producer-writer Ryan Denmark. The narrative feature examines the demonic forces playing on a man as he prepares to marry the daughter of a woman he saw murdered when he was a child. The award for Best Narrative Short was shared by two films. Fragile Storm, a 10-minute tear-jerker from director Dawn Fields concerns a scared young woman who goes to extreme measures to escape the clutches of a terrifying older man only to realize the shocking truth about why she’s really there. And Pony, a 31-minute film directed by Candice Carella examines the effect that a five year old and her 50 year old rock musician uncle have on each other. BIFF 2016 Best Documentary Short went to The Hermit, a 24 minute film by director Lena Friedrich. She tells the story of Christopher Knight, a man who lived 27 years in the woods of Maine with no human contact and became a celebrity overnight. The four named awards are selected by BIFF staff and reviewers who have viewed all the contenders, and are selected for special merit, creativity and influence.

The Director of Programming Award was presented to Hell’s Heart from director-producer-writer Ryan Denmark. The narrative feature examines the demonic forces playing on a man as he prepares to marry the daughter of a woman he saw murdered when he was a child. 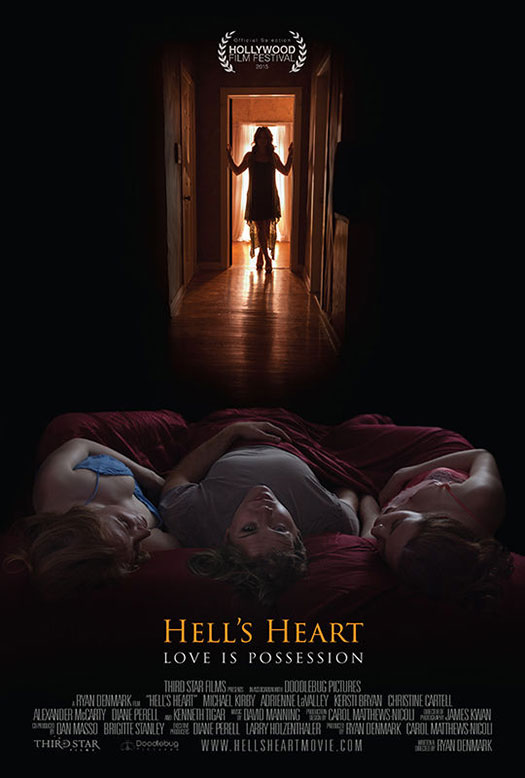 The award this year was presented to a filmmaker Damien Patrik instead of a specific film, for his body of work and passion for filmmaking.

He is the writer/director/ producer of numerous short films which have collectively been official selections and winners in more than 160 film festivals. The Josh Burton Award for Creative Excellence, honoring the creative spirit of the late Beloit actor and director, went to Field Niggas, directed by New York filmmaker Khalik Allah whose visceral and hauntingly beautiful documentary film portraits have been described as “street opera.” The Executive Director Award was presented to Resonate Web Marketing and Principals Rick McGrath and Ana Kelly for “extraordinary design and tireless partnership and creativity in communicating the programs and distinction of the Beloit International Film Festival and the Hollywood Film Festival.”
(We’re the BIFF webmasters, set up and manage ticketing/box office among other things. Very surprised by all this.)