America’s Darling Cartoonist, Politician and Conservationist: The true story of how a nationally-known cartoonist changed America by influencing her Presidents, shaping her landscapes and winning the hearts of her people.

“Never before has a film documented the life of Jay Darling, and there has never been a better time to do it than now. “America’s Darling” profiles Jay’s extraordinary life and gives audiences a sense of hope and inspiration by demonstrating how one person really can make a difference. Kip Koss, Darling’s oldest living relative, believes this film also illustrates that his grandfather’s wisdom is just as relevant today as it was nearly a century ago.

Executive Producer Sam Koltinsky and Marvo Entertainment Group LLC delivers an amazing and uplifting film that recognizes how Darling’s contributions shaped America. With a modest budget, Koltinsky created this one-hour documentary that includes everything from Darling getting kicked out of college – twice, to winning the Pulitzer Prize – twice.”
~WOW, Wonder of Words Festival

A member of the Beloit College Class of 1899 and two-time winner of the Pulitzer Prize for political cartoons for the Des Moines Register and the New York Herald Tribune, is the focus of a new documentary, “America’s Darling,” which will receive its festival premiere at Beloit. The film will be accompanied by an exhibition of Darling’s original artwork and a showing of artifacts relating to his student years at Beloit at the Beloit College Library.

END_OF_DOCUMENT_TOKEN_TO_BE_REPLACED In a time when fictionalized accounts dominate the public’s understanding of torture, the new documentary “Beneath the Blindfold” reveals the reality of life after torture. With a gently insistent voice, the film follows four torture survivors as they struggle to make new lives for themselves and heal their deep physical and psychological wounds.

There are more than 500,000 torture survivors who live in the U.S. today, many of them refugees or political asylees. In “Beneath the Blindfold,” we meet Blama Massaquoi, who was a child soldier in Liberia and struggles with debilitating physical injuries, yet retains a caring spirit; Matilde de la Sierra, a physician who worked with the indigenous people of Guatemala and is haunted by frequent flashbacks; Hector Aristizabal, a theater artist and therapist originally from Colombia, who has transformed his rage into art; and Don Vance, a U.S. Navy veteran and former security contractor in Iraq, who was placed in the detention system for enemy combatants in retaliation for whistle-blowing.

END_OF_DOCUMENT_TOKEN_TO_BE_REPLACED ‘Bringing King to China’ is the story of a young Fulbright scholar and her efforts to bring the non-violent ideas of Martin Luther King, Jr. to China. The main character is Caitrin, a Mandarin-speaking woman who studied both Asian and African-American history at Stanford University. Her improbable dream is to build a human rights bridge between nuclear superpowers China and the U.S., an idea she developed after graduation from college when she worked at the King Institute at Stanford. Her goal is to use Chinese theater to show the world a “positive face of America.” Caitrin’s dream, which blossomed in the post-9/11 world of the Iraq and Afghanistan wars, has been been featured on NPR, in The New York Times and in The Los Angeles Times.

END_OF_DOCUMENT_TOKEN_TO_BE_REPLACED 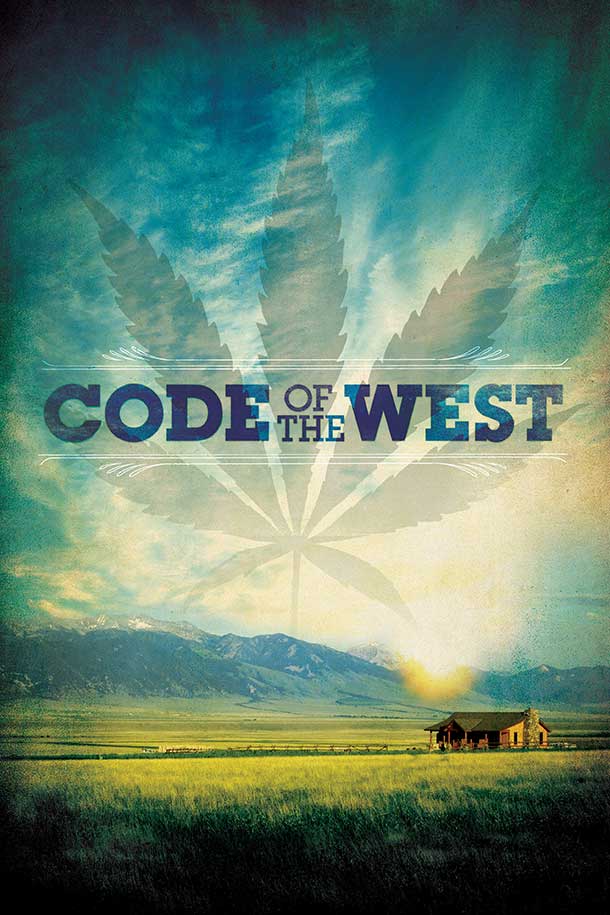 At a time when the world is rethinking its drug policies large and small, one state rises to the forefront of attention. Once a pioneer in legalizing medical marijuana, the state of Montana is poised to become the first in the US to repeal its medical marijuana law.

Set against the sweeping vistas of the Rockies, the steamy lamplight of marijuana grow houses, and the bustling halls of the State Capitol, CODE OF THE WEST follows the political process of marijuana policy reform. This is the story of the many lives and fraught emotions when politics fail and communities pay the price.

END_OF_DOCUMENT_TOKEN_TO_BE_REPLACED A behind the scenes documentary about the rise, fall, and rise again of Wisconsin brewing. In a time when American craft beer growth seems unstoppable, Wisconsin is emerging once again as one of the top brewing regions.

Authors Robin Shepard, Kevin Revolinski, and Jeff Glazer provide in depth analysis while brewers Randall Sprecher and Tanner Brethorst give us a refreshing personal perspective. We also visit several mouthwatering Wisconsin festivals and beer tastings as well as meet the noble people behind the resurrection of Potosi Brewing, one of the oldest breweries in the state.

END_OF_DOCUMENT_TOKEN_TO_BE_REPLACED Our movie follows dyslexic filmmaker, Harvey Hubbell, as he goes on a journey to understand dyslexia.

He starts by hitting the streets of New York City to find out what ordinary people know about dyslexia. Answers come in many flavors: an inability to sleep, a form of alcoholism, an eating disorder, a mental illness and even a sexually transmitted disease.

END_OF_DOCUMENT_TOKEN_TO_BE_REPLACED “Fambul Tok” tells the story of healing in post-conflict Sierra Leone through intimate stories of perpetrators and victims, including:

Esther and Joseph – family members caught in the horrors of the war. At age 12 Esther was captured by rebels, and raped by 15 men. Among them was her uncle, Joseph. He, too, had been caught by rebels and ordered to rape Esther – or be killed.

END_OF_DOCUMENT_TOKEN_TO_BE_REPLACED Dubai is a city in the cross hairs of explosive growth and crushing economic collapse. The feature documentary Glitter Dust: Finding Art in Dubai follows the city’s cultural capital. Three artists balance the city’s artificiality (indoor ski slopes in the desert) and its brutal truths (political and economic pressures). Art and life merge as delightful hand-drawn animations interplay with live footage. In turns funny and custom essays only for you poignant, this unauthorized documentary explores the human labor, both artistic and otherwise, behind the flash of Dubai.

END_OF_DOCUMENT_TOKEN_TO_BE_REPLACED Early morning. The rundown streets of south Tel Aviv are still empty. Louie, age 32, looks right, then left, then right again. He makes his way onto a side street, scanning the people around him. He approaches a bus stop and waits calmly, always looking down, the scar across his cheek shimmering in the light. He boards the bus and sits down, glancing at the attractive man near him—until a border policeman appears at the front. Louie panics: should he make an exit? No, he can’t afford to pay twice. Louie then isolates himself in the back, facing away from the driver, retrieving a Jewish Star from inside his shirt. For now, he’s okay. After all, he’s been at this for 8 years.

END_OF_DOCUMENT_TOKEN_TO_BE_REPLACED Passing the Baton presents a multi-faceted view of a small organization that made a big impact on its community. The Milwaukee Striders Track Club was started to provide Milwaukee boys and girls an opportunity to build their track, academic and civic skills through participation in a community characterized by hard work and love. For over 30 years, the Striders ran on the dedication of its founder Joe Sims. In 2009 Joe Sims passed away, but not before handing the baton to a new era of coaches and volunteers. This film follows a new generation of Striders as they attempt to carry on the values and principles that helped Joe Sims turn the Striders into a premiere track club.

END_OF_DOCUMENT_TOKEN_TO_BE_REPLACED A Place in the World’ is a feature documentary about a small charter school called “The International Community School’ (ICS) that takes on an issue that plagues many communities: what to do for the refugee and immigrant populations whose children are falling behind in traditional public schools. ICS’ conclusion: placing these kids together with local American children will allow for a trade-off that, if nurtured and encouraged, will benefit both parties greatly. The school is comprised of about half refugee students, half local American kids.

END_OF_DOCUMENT_TOKEN_TO_BE_REPLACED

Things We Don’t Talk About: Women’s Stories from the Red Tent Things We Don’t Talk About: Women’s Stories from the Red Tent is a 72-minute documentary film. Spontaneous and organic, a Red Tent is a red fabric space where women gather to rest, renew, and often share deep and powerful stories about their lives.

The film weaves together healing narratives from inside the Red Tent to shine a spotlight on this vital, emergent, women’s movement. The Red Tent movement is changing the way that women interact and support each other by providing a place that honors and celebrates women.

The Red Tent is a phenomenon and a movement that is unique to women. Inspired by the bestselling fiction novel The Red Tent (1997) by Anita Diamant, comes a contemporary tradition of red fabric tent spaces that honor and promote women’s healing.

The film provides us an opportunity to remember, to listen, to know, and to find what it is we need to bring back to our communities to help awaken the voices of women.

END_OF_DOCUMENT_TOKEN_TO_BE_REPLACED

Refuge: Stories of the Selfhelp Home In the late 1930s, following the ferocious anti-Jewish violence of Kristallnacht, a determined group of young German Jews left behind everything that was dear and familiar and immigrated to Chicago. Here, these refugees set out to create a supportive community for themselves and others fleeing Nazi persecution, eventually establishing the Selfhelp Home for the oldest among them.

END_OF_DOCUMENT_TOKEN_TO_BE_REPLACED

Today we saw the face of God In January of 2010, a team of 23 volunteers set off on what should have been an ordinary medical mission. They had no way of knowing the devastation that would inevitably come. On their final evening, the team treated their last patient, gathered their supplies and set off towards their sleeping quarters. Shortly thereafter, they felt a jolt of panic as the world began to shake and tremble violently beneath them. Within hours, the entire team was unexpectedly thrust into the center of one of the worst natural disasters in modern history.

The documentary film, Today We Saw the Face of God transcends viewers from their comfortable homes into the poverty-stricken world that Haitians navigate daily. As the team journeys back, they recount the harrowing reality of being first responders in an unprecedented medical crisis.

A surprisingly hopeful look into a tragedy that shook the world, Today We Saw the Face of God is a true testament to the power of human connection in the face of unimaginable suffering.

END_OF_DOCUMENT_TOKEN_TO_BE_REPLACED During World War II more than 100 U.S. servicemen and civilians served as ‘combat artists’. They depicted the war as they experienced it with their paintbrushes and pens. Their stories have never been told, and for fifty years their artwork, consisting of more than 12,000 pieces has been largely forgotten — until now.

This Web site is a companion to the PBS documentary They Drew Fire, which originally aired in May 2000. Here you will find an extensive art gallery displaying the pieces shown in the film, as well as other paintings by the combat artists. Many of these images have been hidden from the public eye since the time of the war. In addition, biographies of the artists themselves help fill out their stories as seen in the film. The site also provides a page of resources, including information about the history of World War II combat art programs, addresses of museums where the art is kept, and information about the filmmakers, for viewers interested in learning more.